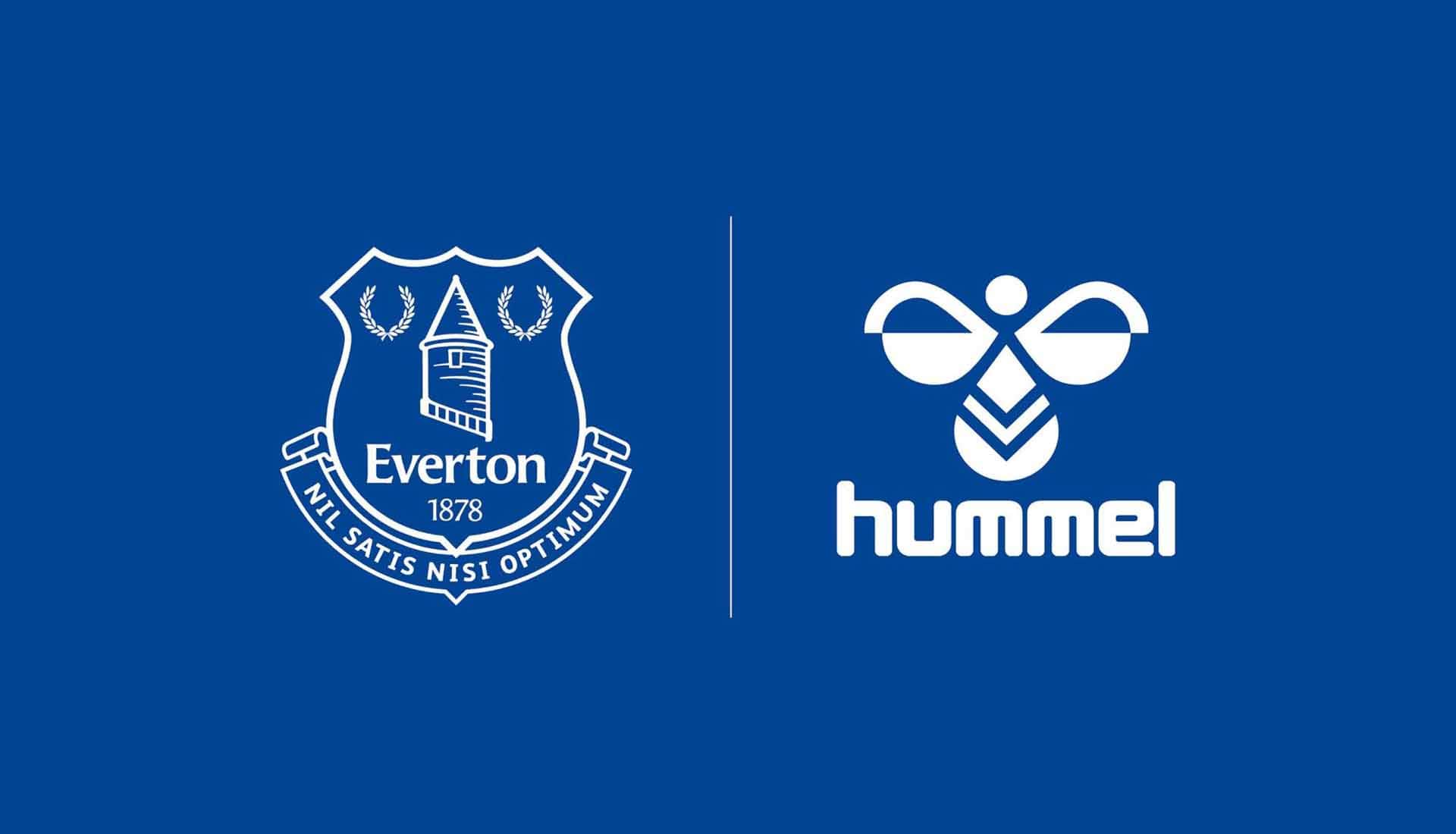 The three-year agreement will see hummel manufacture and supply Everton with bespoke playing, training and travel wear ahead of the 2020/21 season.

As technical partner, hummel will kit out the Men’s, Women’s and Academy squads as well as the Club’s coaching and Everton in the Community staff.

Founded in 1923, Danish sportswear brand hummel are one of the oldest team sport brands in the world with an incredible footballing heritage. The deal will see the Blues become hummel’s global flagship club partner.

Everton Chief Executive Denise Barrett-Baxendale said: “This announcement marks the start of an exciting new commercial relationship as we welcome hummel to the Everton family.

“This is a Club-record deal for a technical partnership and is aligned with our commercial growth objectives. hummel share our future ambitions and a vision for challenging expectations. With a reputation for originality and quality, we look forward to working with hummel to deliver our fans, players and staff an exciting range of products.”

Umbro has been Everton’s technical partner since 2014 and will continue the partnership until the end of the 2019/20 season.

“Entry into the Premier League is integral to our ambitious growth plans, international expansion and focus on sport. Timing is also perfect as it is the 50th anniversary of Club legend Alan Ball introducing hummel to the UK market with his legendary white boots. Everton enjoys a massive following both domestically and globally, providing a fantastic engagement platform and positive outlook going forward.”

“We have great faith in Everton’s future plans, the Club’s impressive history and its many passionate fans – all providing a perfect fit for the hummel brand. We look forward to playing an active role in helping write the next chapter of the Club’s illustrious history.”

hummel will join the Club and its official retail partner, Fanatics, in helping deliver official products to Everton fans, wherever they are in the world. Fanatics, the global leader in licensed sports merchandise, currently operate the Club’s Everton One and Everton Two retail stores as well as evertondirect.com, the Club’s official online store.

Commenting on the announcement, Fanatics UK General Manager, Danny Downs, said: “We have a fantastic long-term relationship with Everton and we are delighted that an iconic brand like hummel has joined the partnership.  We are looking forward to working with hummel, who have a proud heritage in European football and who I am certain will produce a fantastic range of merchandise and kits that Everton fans will love throughout the coming years.”

hummel is represented by its exclusive licensee Elite Group, specifically for its ‘Sport’ category, in the UK and Ireland.

An update on when Everton’s new 2020/21 playing, training, travel and leisure wear will be available to purchase will made in the coming weeks.

About Everton:
One of the 12 Founder Members of the Football League, Everton has spent more seasons in England’s top division than any other Club (117) and been crowned league champions on nine occasions.

Founded in 1878 as St Domingo, the Club has also lifted the FA Cup five times and, in 1985, added the European Cup Winners’ Cup to its prestigious haul.

Throughout its 142-year history Everton has been known as a family-oriented Club based on proud traditions, affectionately referred to as ‘The People’s Club’. Those traditions have also encouraged innovation, ensuring Everton has remained one of the great pioneering Clubs in the history of the game. The first Club to construct a purpose-built football stadium, Goodison Park is one of the most revered stadiums in England. In the coming years the Club will be looking maintain those traditions in a new 52,888 capacity stadium at Bramley-Moore Dock, ensuring the Club’s roots remain in north Liverpool for generations to come.